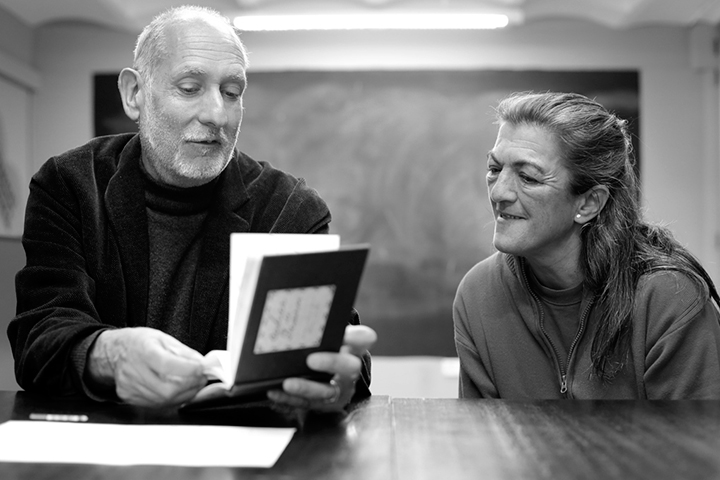 Each portrait is the unique result of the conversations and meetings between the artist and the portrait subjects, who have, without doubt, transcended their roles as models to become active, transformative participants in the process.

The resulting 12 portraits will be exhibited from 13 to 30 November in various locations around Barcelona. Each location has a connection to the story on exhibit there.

A team of homeless people, will set up the exhibition in conjunction with the industrial designer Curro Claret.

About portraiture
Portraiture is a form of art that responds to the needs of the project. It is not just the mechanical reproduction of the subject’s physical appearance, it also conveys the model’s character and personality.

Throughout history, portraits have been used as a symbol of social status. Traditionally, portraiture was reserved for royalty, the high clergy and the nobility. It was a means of elevating their positions and ensuring their places in history. The symbolic aspect of portraiture has now been turned into a powerful metaphor to demand equality and equal rights.